How to Create Confetti Animations in After Effects 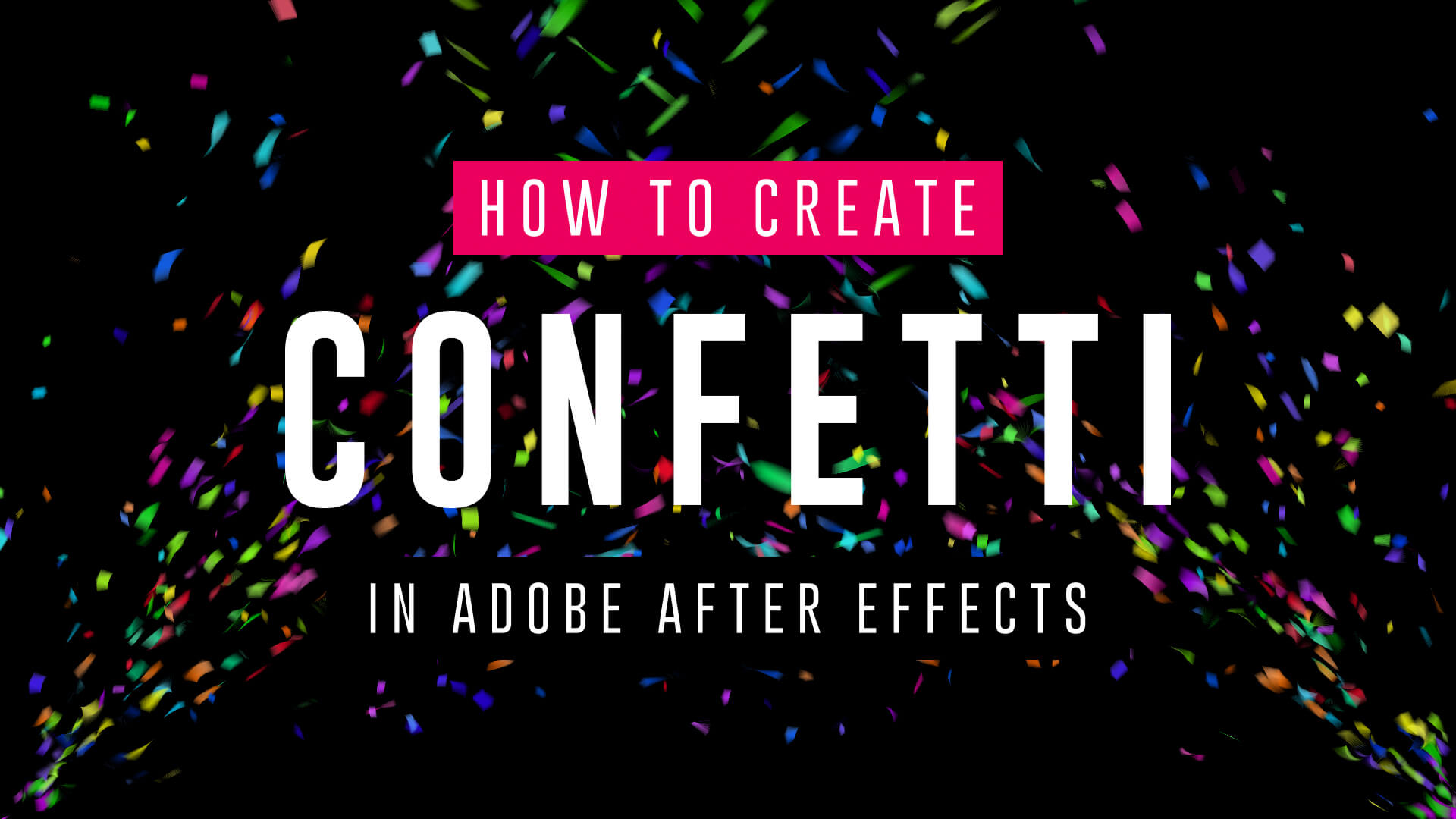 Wondering how to add confetti explosion overlays onto video? Well, if you have Adobe After Effects look no further! We’ve got three simple video tutorials which will have you emitting colorful particles in minutes.

These short video guides explain how to create amazing confetti particles using both the built-in CC Particle World effect, and the additional (but highly recommended) Trapcode Particular plugin from Maxon.

So, if you need to add a celebration effect to your event promotion, product launch or milestone achievement video, fire up After Effects and follow these handy tips.

How to make a confetti cannon – no plugins

In this short video tutorial Joe, from Goatman Arts, explains how to create a confetti cannon in After Effects using the built-in CC Particle World effect.

Joe adjusts the Particle World physics and emitter settings to produce a confetti explosion with falling and fading particles. By duplicating the effect he creates additional trails and adds further randomness and, using the Colorama effect, he also randomizes the particle colors.

By pre-composing the animation Joe shows how we can quickly and easily change the confetti cannon direction without having to mess around with camera settings or the confusing 3D emitter positioning.

How to make falling confetti – no plugins

In this tutorial Matthew at TipTut uses CC Particle World to produce a falling confetti effect. He shows us a great technique, using Fractal Noise and Colorama, to create a dynamic colorization system. This makes the individual confetti particle colors easier to control.

By giving the CC Particle emitter a wide radius the confetti particles fall, with an even density, across the entire screen. He also adjusts the velocity to create a colorful snowfall look.

Matthew does a fantastic job of explaining many of the CC Particle World settings in this video.

How to make exploding confetti with Trapcode Particular

Using Particular allows you to totally customize each confetti particle’s look – giving you much more control than the built-in CC Particle World effect.

Nick carefully explains the adjustments needed in Particular to customize your confetti shape, and fine-tunes the physics settings to produce a highly realistic, ticker-parade confetti explosion.

We love confetti (who doesn’t?!) and have created some handy confetti overlay producers and animated footage, which you can quickly incorporate into your video projects.

Get from Enchanted Media   Get from Adobe Stock

For bundles of confetti cannon overlay clips (which can be used in most video editing apps) choose from our footage packs:

How about some free confetti overlay effects?

That’s all for now!